The roots of Piccolo Forno truly begin in 1989 when Antonio Branduzzi began baking traditional Focaccia and pastries out of his home kitchen. As a classically taught Italian immigrant baker working around Pittsburgh for a few years, he was looking for the opportunity to get his baked goods out to the public. This came through the help of a friend, Sam Patti, and his café La Prima Espresso, who Antonio began to supply with his delicious Focaccia and Mele. As Espresso and Cappuccino gained popularity, so did the need for fresh, handmade pastries. So when the space next to the café became available, Antonio and his wife Carla jumped at the opportunity, and in 1992 Il Piccolo Forno was born in Pittsburgh's Strip District. 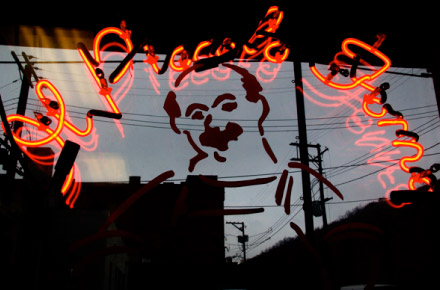 Carla Branduzzi, who also learned to cook in Italy, happily joined her husband in the bakery where she was able to add some of her savory items to the menu. Daily pasta specials and salads were soon offered. Catering then followed and became Carla's specialty. Together, Carla and Antonio cooked and served as though they were entertaining for their closest friends for over 15 years.

Domenic Branduzzi, son of Antonio and Carla, was born in Lucca and came to live in Pittsburgh when he was four years old. Growing up he spent many summers with his family back in Italy who also own and operate a pizzeria and restaurant.The strong connection to his roots, which were instilled in him by his parents and family, are still the base of his love of Tuscan cuisine.

Domenic opened Piccolo Forno in March of 2005. He trained as a pizzaiolo at Regina Margherita under Roberto Caporuscio. Prior to that he spent much of his youth working at his parents bakery in the Strip. Shortly after the passing of Antonio and the closing of the bakery in 2008, Carla joined Domenic in the kitchen at the Lawrenceville location.

KEEP UP WITH THE LATEST